In an age in which more of the world’s population has access to a mobile phone than a toilet, it’s all too easy to forget that, 10 years ago, the iPhone was still just a twinkle in Steve Jobs’ eye. In fact, more than 20 years ago, a mobile phone was a 4-figure investment buy. In the late ’90s though, we entered a brave new world.

A world in which you could snap up a mobile phone and that all-important top-up voucher from Tesco with change from £50. A world in which no teenager would ever again attempt to engage another family member in conversation at the dinner table. A world in which the English language was transformed by txt spk.

Your iPhone may have put proper spelling back on the table (even if it doesn’t appear to demonstrate undue concern with spelling the word you actually intended to write), but do you ever feel nostalgic for a simpler time?

A time when Memory, Snake and Logic were sufficient to keep you occupied for hours on end? You’re in luck, Nokia’s iconic 3310, dubbed the most reliable phone of all time, is back on sale.

The durable handset originally launched in 2000 and quickly garnered bestselling status thanks to its ease of use and longlasting battery life. The new incarnation will be available for just £59 and will make the perfect choice for those who constantly run out of battery or find the iPhone to fiddly. Lets hope the new version still has Snake on it.

Feeling nostalgic? How many of these things sound familiar, pre smart phone…

1. Your battery lasted for days.

Your days did not revolve around the anxious checking of each and every location you passed through for readily accessible plug points. Oh no, old school phone batteries could hold out for up to ten DAYS.

Yes, we could have registered our credit or debit cards in order to top up our pay and go mobiles more or less instantly but, for some reason, most of us preferred to schlep to the supermarket to buy a top-up voucher. Admittedly, “Sorry, I ran out of credit,” did make a handy excuse….

3. You could only store 20 numbers in your phone’s address book. Answering the phone only to be greeted by the muffled sounds of trudging feet/drunken conversation? Yep, you got pocket dialled. Again.

5. Your antenna was on the outside. 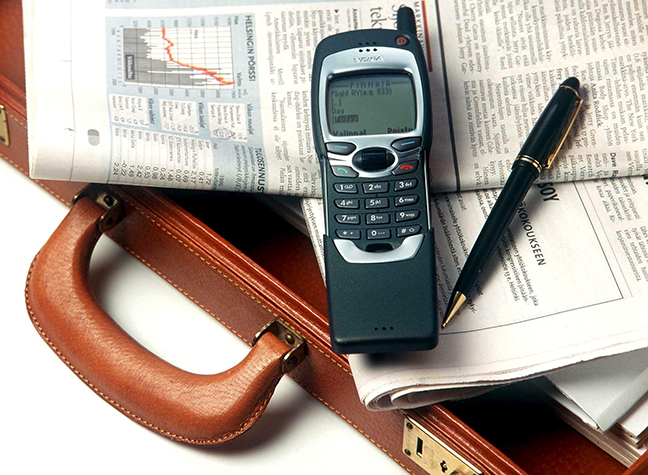 6. The smaller your handset, the more tech-savvy you were thought to be.

We may pay a premium for super-sized screens these days but, back in the ’90s, downsizing was synonymous with progress. Well, the world’s first mobile phone did weigh more than a kilo…

Apple was still just a niche computer manufacturer. If you wanted the latest and greatest mobile, it was all about laying hands on the Nokia 3210 – still the third best-selling phone of all time. Released in 1999, it had – gasp – an internal antenna. What sorcery was this?

No inbuilt cameras here, or even colour screens – green and black did very nicely, thank you very much. 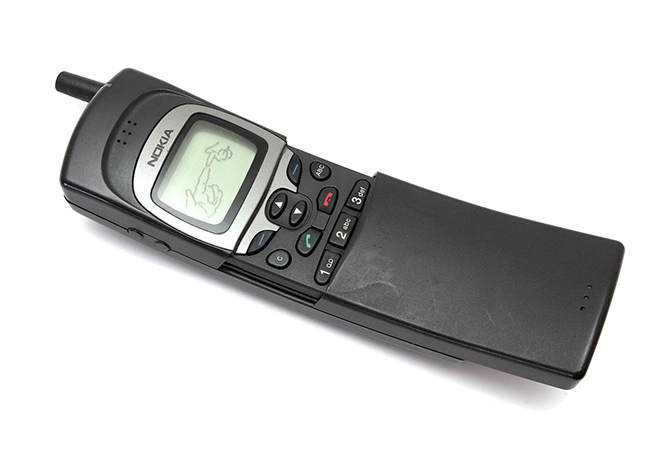 9. Flip phones and sliders represented the epitome of sophistication.

Motorola introduced the world’s first clamshell handset onto the market in 1997. The StarTAC was inspired by the communication device used in Star Trek (yes, really). Its £1,400 price tag was a bit of a downer, though. Nokia’s 8110 ‘slider’ phone, meanwhile (affectionately referred to as the ‘banana phone’) was used in The Matrix.

Those 160 characters were precious! And so was your time – after all, rendering each character could involve up to 3 whole key presses (or many, many more if you were a real stickler for punctuation). Deciphering your friends’ inventive methods of circumventing their phone’s character limitations became a full time job (*ROTFL).

11. ALL you could do was make phone calls, or text.

I tell a lie. Your phone probably also had a built-in clock, calculator and currency converter – swish. The Nokia 7110, released in October 1999, boasted the UK’s first mobile internet browser. It may have taken 20 minutes for that email to load, but the anticipation was the best bit.

The original – and still the best – mobile phone-based waste of time.

FROM: Our sister site Woman & Home