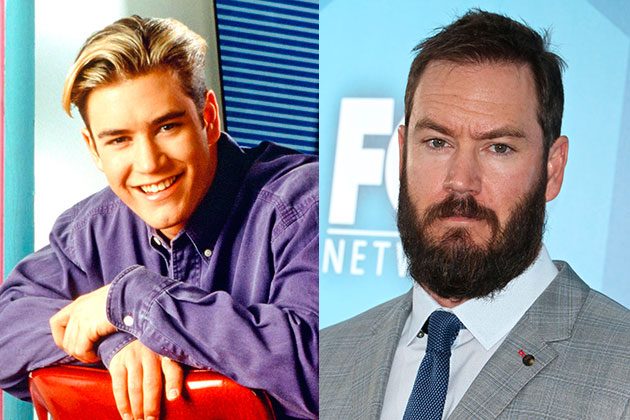 Saved By The Bell’s Zack Morris was the ultimate 90s crush with a cheeky smile, twinkle in his eye and floppy (bottle) blonde locks. But decades later, we barely recognise him! Bearded and brooding, these latest red carpet snaps of the 42-year-old actor show how much he’s changed since his days at Bayside High. Mark-Paul is currently working on a new Fox series called Pitch , which tells the story of a female pitcher trying to make it to the major league.