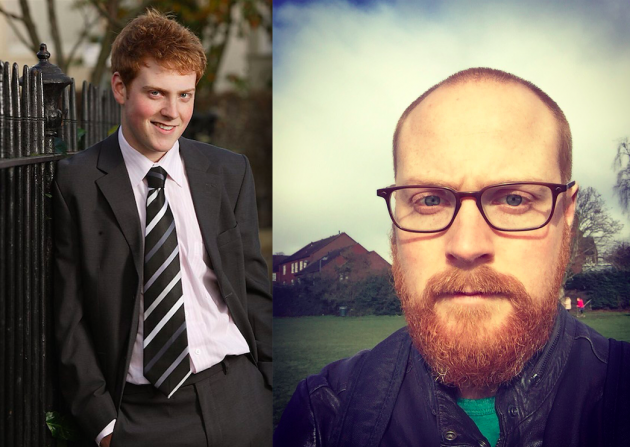 Who remembers Bradley Branning from Eastenders? He was the school boy who won the heart of Stacey Slater (played by Lacey Turner) in the soap. Now in his late 20s, Charlie Clements (the actor who played Bradley) is almost unrecognisable from his days in the Square! The actor first re-appeared on Loose Women aged 28 to discuss his new drama, where he portrays Henry VIII, and twitter went into meltdown over his changed appearance!

Now 29, the actor jokingly took to twitter to share his latest look following his birthday. Captioning the latest snap Charlie wrote, “A year ago everyone was up in arms because I looked SO different at 28 to 18.. bet they didn’t expect this at 29! #actor #chameleon”

Do you think he looks that different?