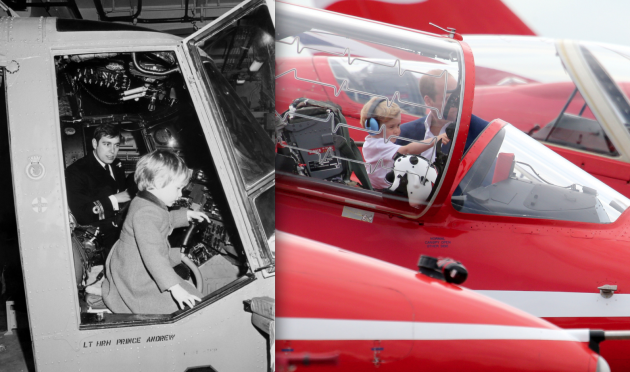 Back in 1986, Prince Andrew has to keep a watchful eye on his then three-year-old nephew Prince William, who was keen to take the controls of his uncle’s helicopter. Fast forward to 2016, and Prince William help his son Prince George up into the cockpit of an RAF Arrow aircraft, during a visit to the Royal International Air Tattoo at RAF Fairford. We wonder if Prince George will grow up to become a pilot like his dad?