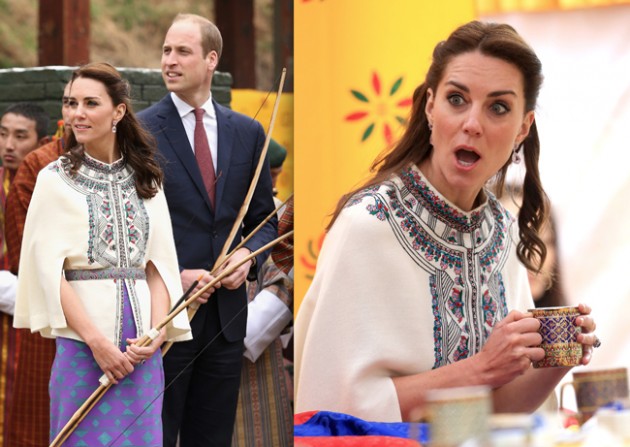 During the archery match, held by the King’s brother, The Duke and Duchess of Cambridge were met by taunts from a group of young women. Asking over tea afterwards what the women were saying, the Duchess of Cambridge was informed that they were teasing Prince William for his lack of hair! Kate was left unsurprisingly opened mouthed as they went on to tell her that the group of girls were singing traditional ‘taunting’ songs to put him off and the Bhutanese words translated as ‘You’re bald, you’ve got a big nose, we hope your private parts are as big, your arrows will fall short’.