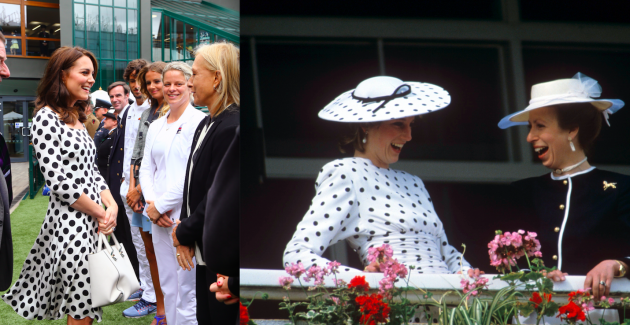 Diana, Princess of Wales, attended Royal Ascot is a striking white dress with black polka dot spots in 1988. Polka dots were somewhat of a staple style feature for Diana, and became a signature look for her over the years.

At Wimbledon this week, Kate embraced Diana’s signature style, picking a polka dot dress in white and black for her official royal visit.

Diana also wore polka dots for various royal tours, including her trips to Japan and Australia.

Both Kate and Diana famously wore polka dot dresses when they emerged from the maternity wing with their first born son.