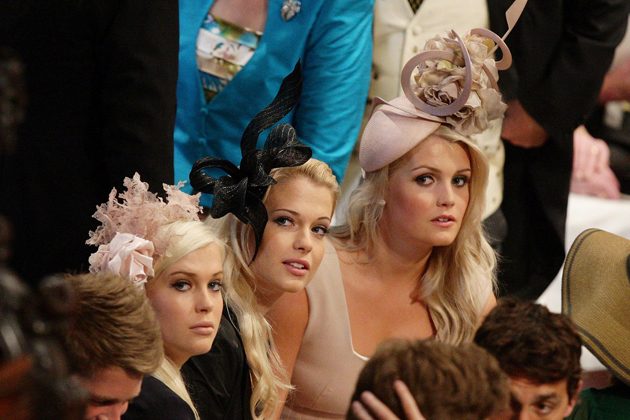 While it’s often the late Princess Diana’s older niece, Lady Kitty Spencer (far right), that’s in the limelight, her two other nieces, Lady Eliza and Lady Katya Amelia (who’s mostly known by her second name) are growing up fast. The 23-year-old twins have hit the headlines several times for their partying ways, with Amelia famously appearing in court over a scuffle with a man on crutches in the queue for McDonalds while she was on holiday in Cape Town (the charges were later dropped). While the sisters’ behaviour may seem a world away from demure Princess Diana, older sister Kitty welcomes any comparison between the girls and their aunt: “I suppose people will always try to make the comparisons,” she told You magazine. “But, gosh, if you think that, then I am really happy.”