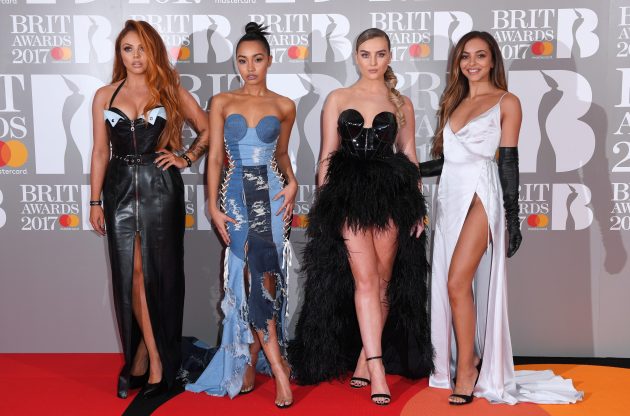 Former X-factor contestants and British girl-group ‘Little Mix’ put on a confident red carpet appearance in an array of dramatic outfits! Tonight they will take to the stage to perform for the second time at the BRITs, and they are also up for THREE different awards. “It’s really nerve-wracking!” Perrie admitted on the red carpet. They don’t look nervous at all!

They described performing for the first time at last years BRITs as a ‘dream come true’ and said that even if they don’t win on the night, “the fact that we were just nominated is amazing.”

The feisty girl group opened the show with a bang, with their hit single ‘Shoutout to my Ex’.